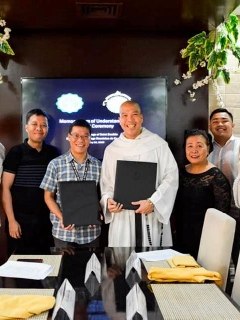 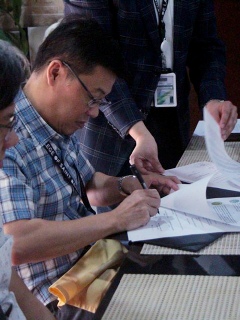 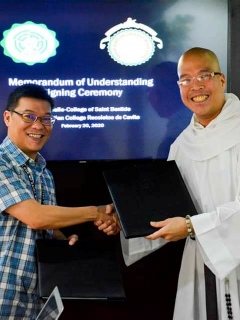 To formally signify their intention to establish linkage in the areas of teaching, research, and academics, officials of two Catholic Higher Eduation Institutions signed a Memorandum of Understanding on February 20.

Following the invocation, Mr. Tang welcomed guests to the signing ceremony and gave a short introduction, expressing DLS-CSB's openness to helping other schools. "Thank you for trusting us with a partnership," he said.

Ms. Manalili then screened an audiovisual presentation titled "Beat of Benilde" about the facilities of DLS-CSB's three campuses. The presentation featured Benildeans from the Dance, Music Production, and Multimedia programs.

Fr. Rubia thanked the organizers for the warm reception. He also praised DLS-CSB for its generous character. "Alive na alive ang institution. Maybe because you're so giving," he said.