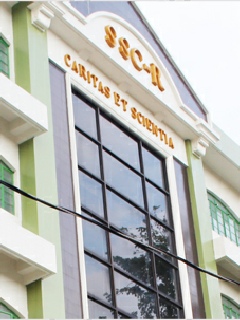 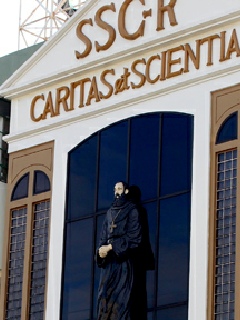 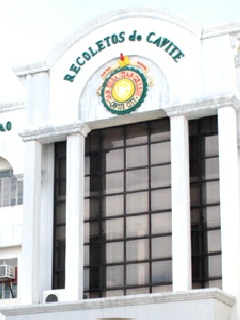 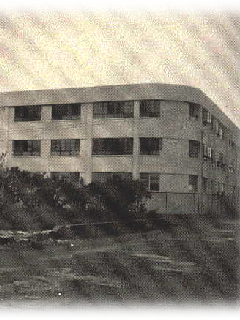 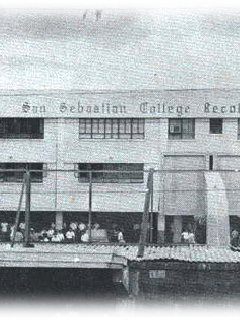 As part of the “Spirit of Reform” spreading throughout Christendom, the order of Augustinian Recollects - a movement aiming for a stricter observance of the Rule of St. Augustine- emerged during the last quarter of the sixteenth century (1588).

The Augustinian Recollects initially adopted the charism of a contemplative life. However, the great demand for missionaries necessitated by the recently undertaken evangelization of the Philippines called upon them to accept missionary work. In the year 1606, the first group of Recollect missionaries reached the Philippine shores. Mindful of the mission they had to accomplish, they spread themselves nearly all over the Philippine archipelago, and succeeded in establishing missions in regions not yet covered by other religious congregations.

In 1616 the Recollect Fathers built a beautiful church and convent in the city of Cavite. They remained here, spreading the light of the Gospel and promoting Christian civilization, until the outbreak of World War II. Determined to continue the work which they had begun in Cavite, the Recollect Fathers founded in 1966 San Sebastian Junior College, an exclusive high school for boys and a co-educational tertiary level education in Commerce, Liberal Arts and a two-year course in Secretarial Science. The only other school in the city that provided college education then was Saint Joseph College, also run by a religious group, the Augustinian sisters.

In the early years, the two administrations forged an agreement not to offer a course the other was specializing in. After about twenty years of peaceful co-existence, their monopoly was threatened by the founding of other smaller private institutions within the city and the nearby towns offering other baccalaureate degrees and vocational courses. Such change, at that time, somehow affected the enrollment in both institutions. Thus, in the late 80’s, simultaneous to changing the former name to San Sebastian College-Recoletos de Cavite, the institution gained an upper hand in the competition when the administration decided to offer courses in Computer Science, a course requiring substantial investment but promising higher enrollment. Moreover, female students were accepted to the high school level. In 1995, the institution also opened its doors to graduate students by creating the Graduate School of Business, and had its first batch of graduates in 1997.

To accommodate the growing number of enrollees, the administration not only added three more buildings to the original one at the main campus, but also acquired a property also within the city for the Basic Education Department and the Recoletos 4th Centennial Gymnasium. The Basic Education Department campus houses the Pre School, Grade School and Junior High School Departments and the gymnasium which the OAR fathers built as testament to the 400 years (1606-2006) of Evangelization in the country.

The institution claims the honor of providing quality Christian education as attested to by the Philippine Accrediting Association of Schools, Colleges and Universities (PAASCU) accreditation accorded the Grade School Department, the Junior High School Department, the Accountancy, Management Accounting, Financial Management, Human Resource Development Management (HRDM) and Marketing Management programs of the College of Accountancy, Business and Administration (CABAHAM) and Development Communication and BS Psychology programs of the College of Arts and Sciences and Nursing (CASN) in the first quarter of the new millennium.

When the Enhanced Basic Education Act of 2013 was fully implemented in 2016-2017, SSC-RdC fully supported the program and accepted Senior High School students from both public and private schools at the Main Campus. A total of 840 students, distributed to 19 sections, enrolled in Grade 11 during the first year of implementation. The school offered Science, Technology, Engineering and Mathematics (STEM), Accountancy, Business and Management (ABM) and Humanities and Social Science (HUMSS) strands for the Academic Track and Home Economics (HE), Industrial Arts (IA), and Information and Communications Technology (ICT) for the Technical-Vocational Track. The institution looks forward to having the program accredited by PAASCU to assure the learners of true quality Christian education that prepares them both for the world of work and higher education.